RESULTS FOR CHILDREN AND ADOLESCENTS

STUDIES COMPARING THE EFFECTIVENESS OF DIFFERENT BRACES IN ADOLESCENTS

The TLSO or Thoracic Lumbo Sacral Orthosis (rigid brace) most often prescribed in North America is the Boston brace, which is generally worn 23 hours a day. The Providence brace is a rigid brace worn at night as it does not allow for normal body movement. Used only to treat less severe curves.

SCOLIOTIC ADOLESCENT BEFORE AND AFTER TREATMENT WITH SPINECOR®

Adolescent scoliotic spine before and after treatment with SpineCor® X-rays show dramatic correction.

CASE STUDY OF ANOTHER SCOLIOTIC ADOLESCENT

The young girl depicted in the photograph presents a marked spinal deformity and was suffering from severe scoliosis with a curve measuring 42° Cobb angle upon starting treatment.

Despite severe scoliosis, due to the dynamic action of the elastic bands, curvature reduction began immediately upon fitting the SpineCor® brace.

After 30 months of treatment, the scoliosis stabilized at 33° Cobb as the adolescent finished her growth spurt. It is normal in the case of a marked curvature to see a slight decrease in correction compared with the first day of treatment due to continued spinal growth and curvature progression throughout the patient's treatment. Earlier treatment of less advanced cases can help prevent worsening of the condition.

Nevertheless, the final photograph taken after the end of treatment clearly shows a significant improvement in the girl's posture and postural symmetry. The SpineCor® brace has improved her back's aesthetic appearance (to a greater degree than it has actually corrected the scoliotic curve)—something which will undoubtedly positively impact her self-image.

X-rays show that simply wearing the SpineCor® brace can reduce spinal curvature by 10°. 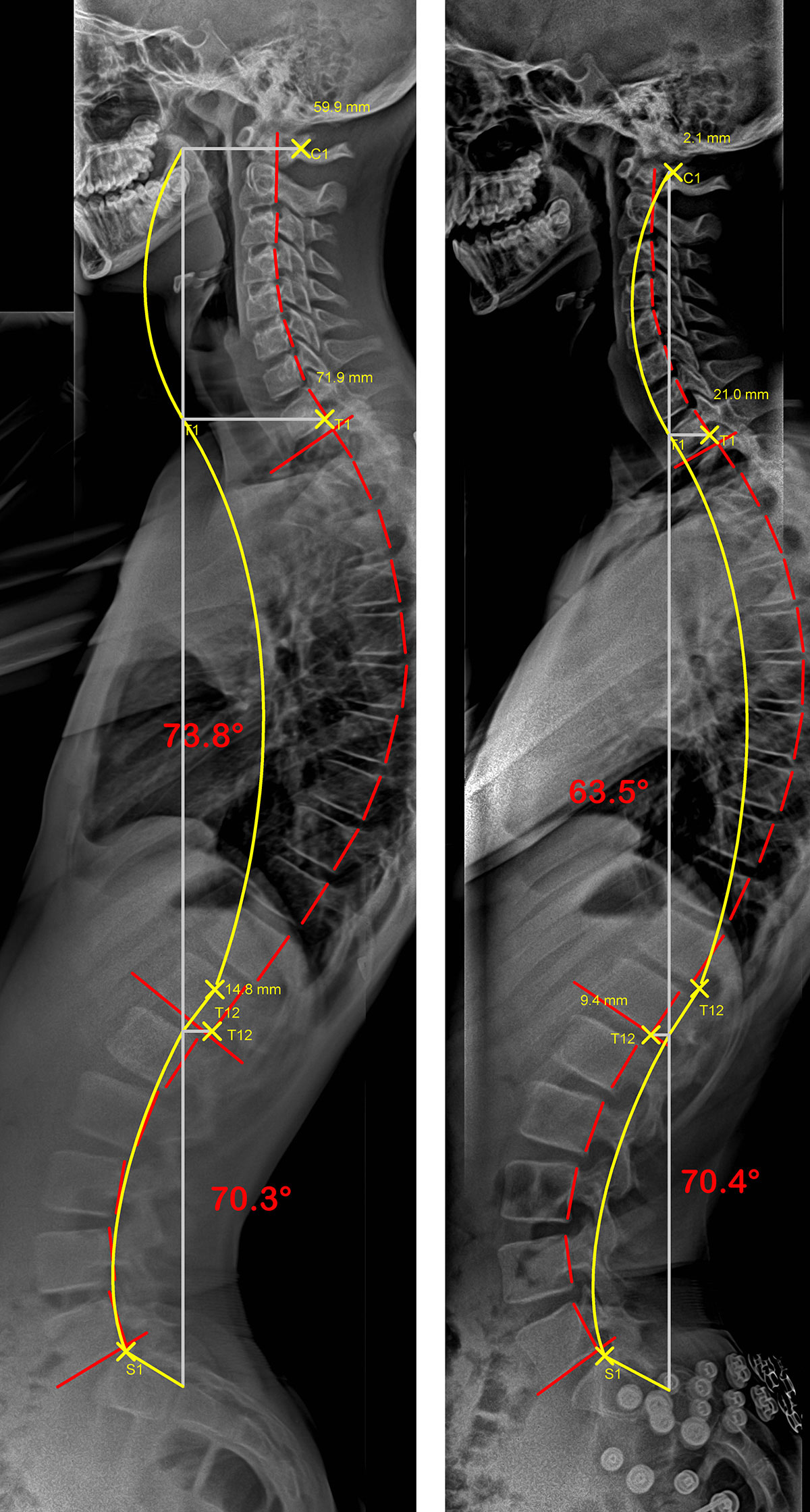 ADULT WITH AND WITHOUT SPINECOR®

Adult scoliotic spine with and without SpineCor®

Profile X-rays of a kyphotic patient. The yellow line represents the ideal spinal curvature and the red line follows the patient's spine. In the second X-ray, where the patient is wearing the SpineCor® brace, a significant improvement of the abnormal curvature and overall posture can be observed. 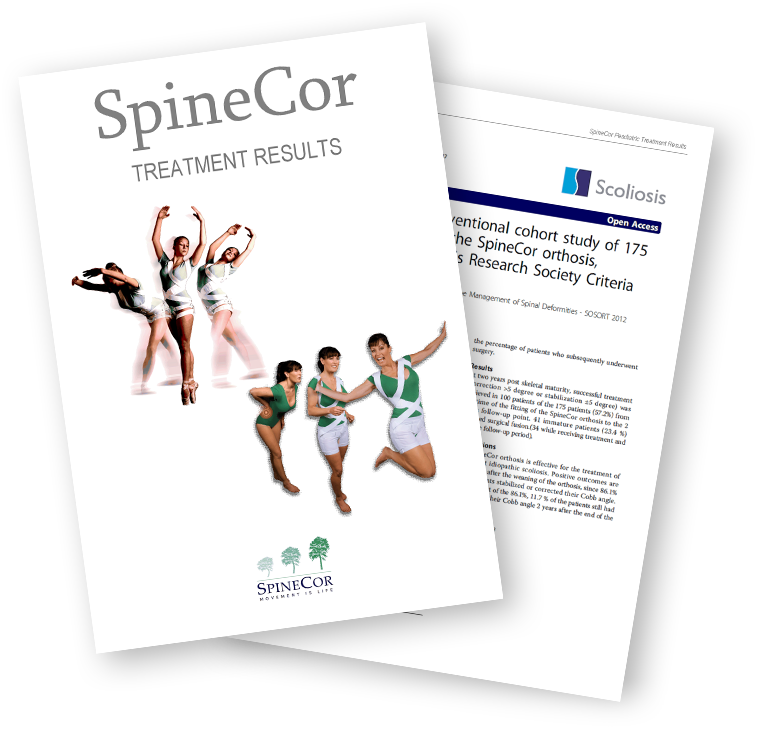